This event has passed.

Come and hear the spokespeople from six political parties, outline the respective climate change, energy and transport policies they want to implement, if on the Treasury benches following the general election in September.

This is a unique opportunity to hear individual statements and panel discussion where the policy similarities and differences might lie across the range of energy issues.

The panel discussion will be chaired by the Hon. David Caygill, Chairman of the BusinessNZ Energy Council (BEC), who will provide an independent commentary on the panelists’ policy platforms, and facilitated by Toby Stevenson, Director at Sapere Research Group Ltd.

This is your chance to get answers to the questions you have about their policies.

BEC members can register one person per organisation for free.

The event will be hosted by Chapman Tripp and will start with morning tea at 10.00 am followed by the Energy panel starting at 10.30 am.

Media by invitation only.

Hon Dr Megan Woods is a Christchurch local and has been the Member of Parliament for Wigram since 2011. Megan is the Labour Party spokesperson for Greater Christchurch Regeneration, Energy and Resources, Housing and Research, Science and Innovation. Megan holds a PhD in New Zealand history from the University of Canterbury and worked in the science commercialisation field at Plant and Food Research prior to entering Parliament.

Hon Julie Anne Genter is Green Party spokesperson for Auckland Issues, Health, Transport, Urban Development and Women. She graduated from UC Berkeley with a BA and studied Politics at the prestigious Sciences Po Paris, before moving to New Zealand as a scholar at the University of Auckland. In Auckland, she gained a Masters of Planning Practice with First Class Honours. Julie Anne can see the connections between her portfolios and is keen to promote the links between Women, Associate Health, and Associate Transport.

Under-Secretary Fletcher Tabuteau has been a member of New Zealand First since its inception and is party spokesperson for Energy. Before entering Parliament, Fletcher was the head of the Waiariki Business School, a lecturer in economics and business and spent his earlier years as a secondary teacher in maths and social studies. He is a strong advocate for common sense energy policies and has taken this approach to all discussions during this term in government on behalf of New Zealand First.

Jonathan Young is the National Party spokesperson for Energy and Resources. His other Party & Parliamentary roles include National Party Arts, Culture& Heritage spokesperson, Chair of the Economic Development, Science and Innovation Committee, formerly Parliamentary Private Secretary, Economic Development (2015-17), Chair of the Transport and Industrial Relations Committee (2014-17), Chair of the Commerce Committee (2011-14), Deputy Chair, Law & Order Committee (2011). Prior to becoming a Member of Parliament, he worked in Waitakere City (West Auckland) for 20 years as the Senior Minister of a multi-cultural contemporary church. Jonathan also worked in the fields of financial administration, software programming, design and publishing. He started his working life as a teacher and has a strong commitment towards the opportunities education creates for people.

Geoff Simmons is Leader of The Opportunities Party (TOP). Geoff is an economist, and in previous lives has written four books, run his own business and been a manager in the public service. Geoff has spent his career searching for solutions to New Zealand’s biggest problems such as the housing crisis and our environmental emergency. He wants to provide New Zealanders with an option for real change that will create a truly prosperous and fair nation.

Grae O’Sullivan is ACT’s candidate for Remutaka. He is a 47 year old IT professional who is married with 5 children. He has experience in the energy industry in NZ working at Contact Energy and overseas with the electricity trading division of Barclays Capital. He believes that the best approach for energy is to ensure there is plenty of competition rather than imposing heavy regulation through the State. The role of government should be to provide a good environment for business to operate in rather than to dictate what players in the sector should do exactly. 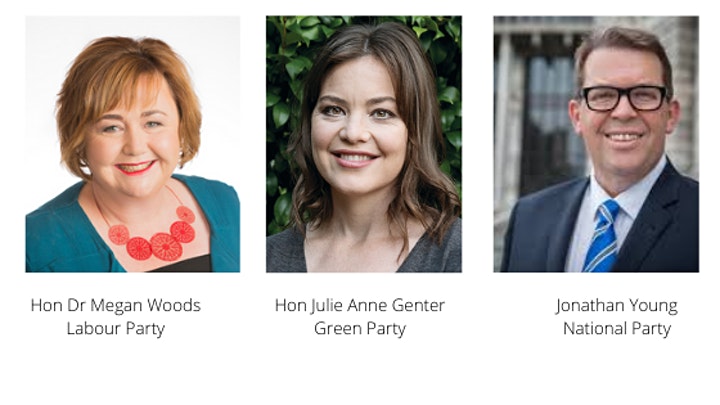 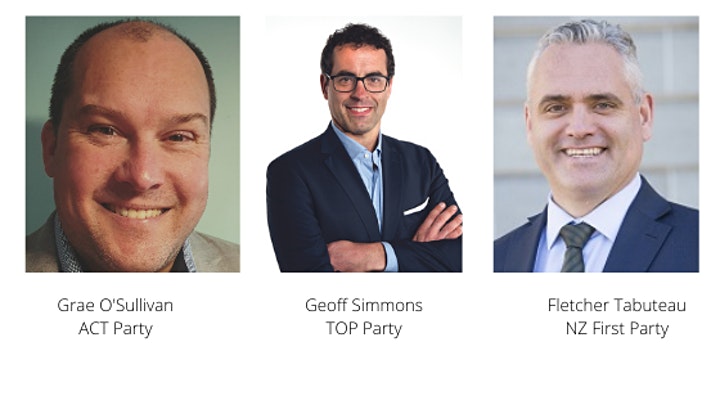