Why switching to renewables is proving a slow burn

Why switching to renewables is proving a slow burn

Abu Dhabi (CNN Business)The biggest player in oil is embarking on its own transition to cleaner sources of energy.

As part of Saudi Arabia’s 2030 Vision plan to diversify its economy, the kingdom is aiming to have around 30% of its energy generated by renewable sources just over a decade from now — up from less than 5% today — with a heavy emphasis on solar power.

“The lowest-cost oil producer in the world has now recognized that compelling proposition of renewables,” said Paddy Padmanathan, CEO of Saudi-based ACWA Power, a developer and operator of power plants in the Middle East and North Africa.

Padmanathan said ACWA’s experience in what he calls the “sunbelt of the Middle East” has shown that Saudi Arabia could even surpass that target by a wide margin, due to the price of solar and wind power falling by 85% and 50% respectively over the past five years.

Padmanathan was speaking during a panel debate at the World Energy Congress in Abu Dhabi earlier this week, exploring the transition from oil and gas to renewable energy in the face of rising concerns about the climate crisis.

Other participants were less optimistic than Padmanathan about the prospects for a rapid move away from oil.

“Energy poverty and the scourge of climate change are two sides of the same coin in our regions,” said Barkindo. “The lack of access to electricity sentences them literally to premature death.

“To focus on one issue and not the other for these groups of people … in our opinion would be unrealistic,” he said.

The numbers suggest the world is making slow progress in reducing the use of hydrocarbons, which still hovers around 80% of total energy supplies, according to the International Energy Agency (IEA). Low-cost coal makes up half that total, with demand still strong in the world’s two largest emerging markets, China and India.

The energy industry is betting heavily on renewables. The IEA says investment in the power sector, mainly in renewable energy projects, surpassed oil and gas for three years running from 2016, amounting to $2 trillion over that period.

But the bottom line, according to the panel of experts, is that renewables are still not displacing hydrocarbons, as developing countries grow wealthier and demand more energy.

“If you look at total energy use, everything is higher today,” said Jason Bordoff, director of the Center on Global Energy Policy at Columbia University. “We never use less of anything. Despite the rapid growth of renewables last year, oil went up, gas use went up, coal use went up and carbon emissions went up.”

The panel offered a couple of key remedies, from a more consistent use of carbon taxes to accelerate investment into renewable technologies, to altering the mandate of regional and international lenders to support developing countries in making the energy transition.

Bennet Tucker, secretary of the board of the World Energy Council’s “Future Energy Leaders,” suggested the focus of efforts to tackle climate change cannot be limited to the countries who are earlier adopters of renewable energy but must include those who will be hurt by those efforts.

“It’s about finding out who is going to lose — the rig workers, the beef farmers, those types of people,” he said. “Once we find out how we support them, then they will join the cause and get on board.” 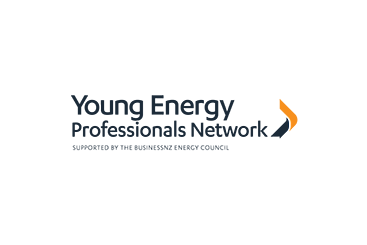